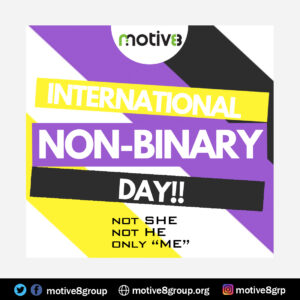 I was not ladylike nor I was manly, I was something else altogether, there were so many different ways to be beautiful”

You must be wondering why I have started to write such things? Is there something that is beyond male or female? Some societies like ours tend to know only two genders i.e., male or female. The idea that there are only two genders is sometimes called a “gender binary,” because binary means “having two parts” (male and female). Therefore, “non-binary” is one term people use to describe genders that don’t fall into one of these two categories, male or female.

Many of us including most transgender people are either categorised as male or female. But some of them don’t precisely fit into the classes of a “man” or a “woman,” or “male” or “female.” If we take an example, some people possess a gender that amalgamates elements of being a man or a woman, or a gender that is different than either male or female. Some don’t recognize any gender. Some people’s gender varies over time and the situation they are dealing in. The one’s whose gender is not male or female use various terms to pronounce themselves, with non-binary that is one of the most common in all. There are some others terms as well that include genderqueer, agender, bigender and many more. None of these terms mean exactly the same thing – but all speak to an experience of gender that is not simply male or female.

Non- binary people are nothing new they are not muddled about their gender identity rather they have been recognised for centuries by our ancestral culture around the globe. We have a notion that all those who are binary undergo medical procedures to make their bodies congruent that supports their identity but this not true, most of them live a happy life though its critical but they are safe. There are some transgenders who are non-binary, where mostly they have a gender identity either of a male or a female and should be treated like a man or a woman.

It isn’t as hard as you might think to be supportive and respectful of non-binary people, even if you have just started to learn about them. We as a team in Motive8 attempt to sensitize people around us by online interactions with the LGBTQ community and try to gather their thoughts and experiences. Due to the unprecedented crisis, we have unfortunately not practiced anything on ground but in the near future we pledge to bring about positive changes, build a safer environment and normalize their existence.