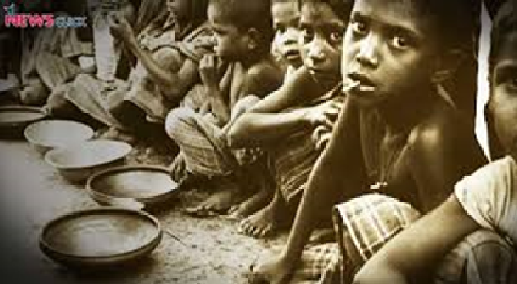 Sufficient nutrition is very essential for the total human development. Malnutrition in India is mainly caused by economic inequality. Malnutrition is not only caused by the deficiency of nutrition but also of over nutrition. It also refers to the imbalances in the intake of protein, energy and other nutrients. Individual level of health is important but at the same time community level health is also perceived to be very essential. Health of an individual is determined by the interplay of various factors like the social, economical, political dietary and lifestyle. According to the report by UNICEF, 69% of deaths in India is caused by malnutrition below the age of 5. There are four sub-forms of under nutrition namely wasting, stunting, under weight and deficiencies in minerals and vitamins. Low weight for height is known as wasting and low weight for age is known as stunting.

India is one among those major countries that is suffering from undernourishment and deficiency of minerals and vitamins that results in high rate of child mortality. Malnutrition is one such thing that is often unheeded by parents as well as clinicians. There are around 46.6 million children who are stunted and that is one third of the world. And not just that, India shares half of the global wasting burden as well that is 25.5 million, below the age of 5 suffering form undernourishment. In the year 2017 malnutrition was the major cause of mortality. In India, 194.4 million people, that means 14.5%, are still undernourished. As per the Global Hunger Index, 2018 India ranks at 103 out of 119 countries all over the world. Economic background is one of the major reasons behind under nutrition among the children but there are other factors as well, that lead to undernourishment like inappropriate dietary choices, difficulty obtaining food, and various physical and mental health conditions. With the increase in the percentage of malnourishment and major cause of deaths among children, the government initiated many schemes and programmes to combat the emergence of malnutrition. Schemes like Integrated Child Development Services Scheme; which provides specific interventions targeted towards the vulnerable groups and below the age of 6. National Health Mission is another scheme that targets for improvement of reproductive-maternal-neonatal, and adolescent health in both the rural as well as the urban areas.  Another very important and prominent scheme Mid Day Meal provides the children of the primary and middle school very nutritious food every day except on holidays. Indira Gandhi Matritva Sahyog Yojna aims to contribute in terms of cash to pregnant and lactating mothers for for improved health and nutrition. National Nutrition Mission or Poshan Abhiyaan is an initiative by the government to make “ malnutrition nutrition free India”.  The Millennium Development Goals has its foremost goal that is to Eradicate extreme hunger and poverty.

Even though these schemes are more than enough to fight malnourishment, still India has an increasing number of such cases, why? Have we ever thought?

The most known and prominent answer is that these benefits are not reaching the needy and the poor. The government each year is releasing a good amount of fund for the poor, but due to corruption and poor communication in the remote areas these are not relished by them. While there is provision of assuring proper nutrition intake within children through free meals in government institutions like schools and Anganwadi Centres, poor attendance of children keep most of them away from access to the free meals. Poor infrastructure and lack of basic amenities in Anganwadi Centres is one of the key reason behind poor attendance of kids in these centres.  As our country aspires to fulfil its economic and social development goals, malnutrition is one of the important areas that we need to work the most in order to achieve the goals. We know that sizeable proportion of our country is suffering from malnutrition and are anaemic because of numerous factors. We need to give a lot of attention to know what is preventing our nation to achieve its goal of having a malnutrition free country. Compiling the data from the local hospitals and health care centres should do identification of areas mostly affected. It is very important to involve the local organisations so as to know the ground reality so that actions could be initiated from the grass root level. Individual contributions can also make a huge difference in the lives of few people to fight against poverty that ultimately leads to malnutrition. It is also very crucial to assure 100% attendance in Anganwadi Centres and government schools so as to achieve vision of schemes like MDM and ICDS etc. Lets unite to fight against malnutrition and make our country Kuposhan Mukt.